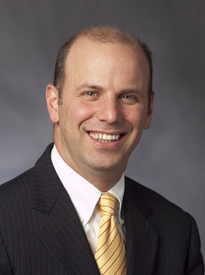 Tim Profeta came to Duke on June 1, 2005, as founding director of the Nicholas Institute for Environmental Policy Solutions. Prior to his arrival, he served as Counsel for the Environment to Senator Joseph Lieberman. As Lieberman’s counsel, Mr. Profeta was a principal architect of the Lieberman-McCain Climate Stewardship Act of 2003. He also represented Lieberman in legislative negotiations pertaining to environmental and energy issues, as well as coordinating the senator’s energy and environmental portfolio during his runs for national office. Mr. Profeta has served as a visiting lecturer at Duke Law School, where he taught a weekly seminar on the evolution of environmental law and the Endangered Species Act. Before joining Lieberman’s staff, he was a law clerk for Judge Paul L. Friedman, U.S. District Court for the District of Columbia.