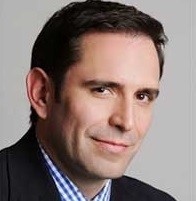 He is a Distinguished Visiting Professor at the School of Engineering and Sciences of the Tec de Monterrey, Mexico, and has served as Senior Visiting Research Fellow at the Grantham Research Institute on Climate and the Environment at the London School of Economics and Political Science (LSE) in London, United Kingdom, and as Guest Professor at CIDE, Mexico.