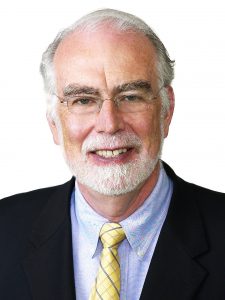 Gray Taylor is the General Counsel and a Principal of the Climate Solutions Group, an entity that aims to bring significant amounts of capital to projects to create ghg offsets and sell those offsets to large emitters in the Western Climate Initiative and Alberta markets. He is also the principal of Gray Taylor Law, a Canadian boutique law firm.

Gray’s international emissions trading involvement led to him being placed consistently for several years in Band 1 for international climate change legal work by Chambers International, the leading lawyer rating agency, where he is today ranked as a “Senior Statesman”. He is also rated as a Senior Statesman in Chambers Guide for Canadian Environmental Law.