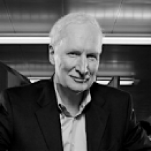 Ken Newcombe has over 35 years of experience in developing financially viable sustainable energy and forestry projects in the developing countries. He was a research scientist in environmental health and natural resource management at the Australian National University, and first Head of Energy Planning and chief executive of the Papua New Guinea Electricity Commission before joining the World Bank’s newly formed Energy Department in 1982. At the World Bank he participated in design and supervision of a new series of energy sector wide ending operations and led the technical advisory team on energy sector investment in Africa In the early 1990’s he led the teams that developed and managed the first investment operations of the Global Environment Facility and the Montreal Protocol’s Multilateral Investment Facility to phase our ozone depleting substances. In the World Bank he initiated and led the first global carbon fund, the Prototype Carbon Fund, and managed the growth of the World Bank’s carbon finance business to a total of eight carbon funds and over a billion dollars under. After leaving the World Bank in 2005, Ken joined management teams in Climate Change Capital in London and Goldman Sachs in New York before accepting the role of building C-Quest Capital as CEO of CQC.