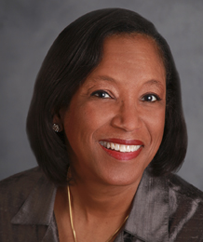 Prior to joining IBank, Ms. Barnes was commissioner at the California Department of Financial Institutions where she was the chief state regulator responsible for the licensing, examination and supervision of banks, credit unions, savings associations, trust companies, foreign banking organizations, and money transmitters. Barnes was a partner at the law firm of Foley and Lardner LLP with finance and regulatory experience. Ms. Barnes worked at Bank of America in multiple positions, including associate general counsel and senior vice president.

Ms. Barnes serves as executive director and volunteer attorney at Lawyers For One America providing pro bono legal services in underserved communities. She was a director on the boards of Rice University, On Lok, Inc., American Conservatory Theatre and Hospice by the Bay, and served as a member of the U.S. Bank Advisory Board of Northern California.

Ms. Barnes earned a Juris Doctorate from New York University School of Law in 1978 and received her BA degree in economics, political science and German studies from Rice University in 1975, where she was an Arthur B. Cohn Scholar.