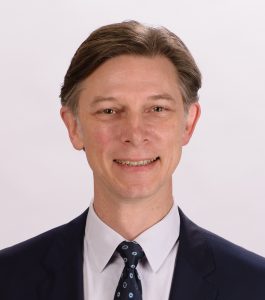 Representative Ken Helm graduated from high school in Bend, Oregon and went on to attend Willamette University where he earned a BA in History and Political Science. He also earned his JD at Willamette University College of Law. During law school he started his land use career by clerking for the Land Use Board of Appeals.

Ken’s early land use career included serving development clients as well as local governments. In 1997, Ken took a position as land use staff for Metro, the regional government in the Portland area that manages the urban growth boundary. He was responsible for defending Metro’s first urban reserve decision in the late 1990’s. In the early 2000’s Metro expanded the urban growth boundary and I was again tapped to write findings supporting that decision.

About eight years ago Ken opened a solo law practice specializing in two areas. One element of his practice is serving clients who oppose Walmart stores in their communities. The other is providing land use and code enforcement hearings officer services for cities and counties around the state.

Through growing up in Oregon and pursuing a career in land use law, Ken has developed a deep appreciation for protecting our natural spaces. As an attorney, he worked with local residents to stand up to development projects that would hurt the community. Through land-use work at Metro, Ken has been heavily involved in how we can best grow our economy and create jobs, while also preserving farmland and green spaces. Ken believes in standing up for our shared priorities: creating opportunity and passing on our natural legacy to future generations. Becoming a state representative is his latest step in pursuit of these goals.