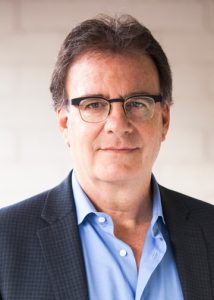 Before founding Climate Resolve, Jonathan Parfrey served as a commissioner at the Los Angeles Department of Water and Power (2008-2013). Jonathan is a founder and Vice Chair of CicLAvia, the popular street event, as well as the founder of the Los Angeles Regional Collaborative for Climate Action and Sustainability, and the statewide Alliance of Regional Collaboratives for Climate Adaptation. He served as director of the GREEN LA Coalition (2007-2011), and as the Los Angeles director of Nobel Peace Prize-winning organization Physicians for Social Responsibility (1994 to 2007). Prior to that, Jonathan founded and directed the Orange County Catholic Worker (1987-1993). He was appointed to Governor Schwarzenegger’s Environmental Policy Team in 2003.

Jonathan received the Paul S. Delp Award for Outstanding Service, Peace and Social Justice (1992), and was awarded a Durfee Foundation Fellowship (2002), a Stanton Fellowship (2010), and was appointed a Senior Fellow at the USC Marshall School of Business (2011). He is currently a fellow at the Los Angeles Institute for the Humanities; a member of the State of California Climate Adaptation Technical Advisory Committee (2016); a member of the steering committee for the US Climate and Health Alliance (2016). In April 2016, he was received the Los Angeles County Board of Supervisors Chair’s Green Leadership Award. When he’s not at work, Jonathan likes to hang out with his wife, Nancy L. Cohen, his four children and two grandchildren, as well as going with friends on epic hikes and bike rides.