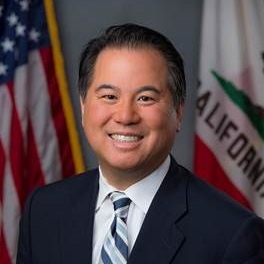 Phil Ting was elected to the State Assembly in 2012, representing the 19th Assembly District, which spans the Westside of San Francisco as well as the communities of Broadmoor, Colma, Daly City, and South San Francisco.

As California navigates new challenges from the federal government, Ting is focused on protecting and persisting onward with progressive policies that expand opportunity for all, equal rights, and protections for our environment. Informed by past roles in the financial sector and as the San Francisco Assessor-Recorder, Ting has become a leading voice on California’s finances. He now serves as Chair of the Assembly Budget Committee after having served as Chair of the Assembly Committee on Revenue and Taxation.

Ting has authored legislation that:

Ting is a graduate of U.C. Berkeley and Harvard University’s John F. Kennedy School of Government. He began his career in public service as the Executive Director of the Asian Law Caucus, an organization founded in 1972 to advance and promote the legal and civil rights of the Asian Pacific Islander community, and once served as Community Relations Director at San Francisco State University. In 2005, Ting was appointed Assessor-Recorder of San Francisco by then-Mayor Gavin Newsom, where he closed a five-year assessment backlog and brought in $290 million in unpaid property taxes to the city, created a program to increase rooftop solar installations, and spearheaded efforts to assist homeowners and tenants facing foreclosure.

Ting lives in San Francisco’s Sunset District with his wife, Susan, and their two children.