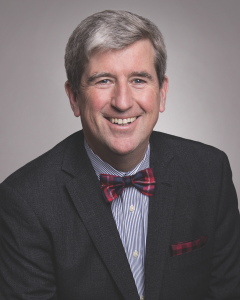 Glen is the executive director of the Pembina Institute.

Prior to joining the Institute, Glen was an Ontario cabinet minister, and oversaw several portfolios, including transportation; training, colleges, and universities; research and innovation, and most recently, environment and climate change. In his role as environment minister, Glen led the development and implementation of the cap-and-trade system, and extended producer responsibility in Ontario. His work was foundational to the creation of the Quebec-Ontario-California carbon market.

Glen has held a number of leadership roles, including serving as mayor of Winnipeg from 1998-2004, and was chair of the Big City Mayors’ Caucus. During his time as mayor, he led the successful fight to transfer the five cents/litre federal gas tax to municipalities.

He also served as chair of the National Round Table on the Environment and the Economy, under Prime Ministers Harper and Martin. Glen was also president and CEO of the Canadian Urban Institute.

Glen started his career in activism as a founding member of the Canadian AIDS Society, and helped establish the Village Clinic in Winnipeg, a centre for AIDS prevention and care. He has worked internationally, helping establish the World Health AIDS Service Organization’s working group.